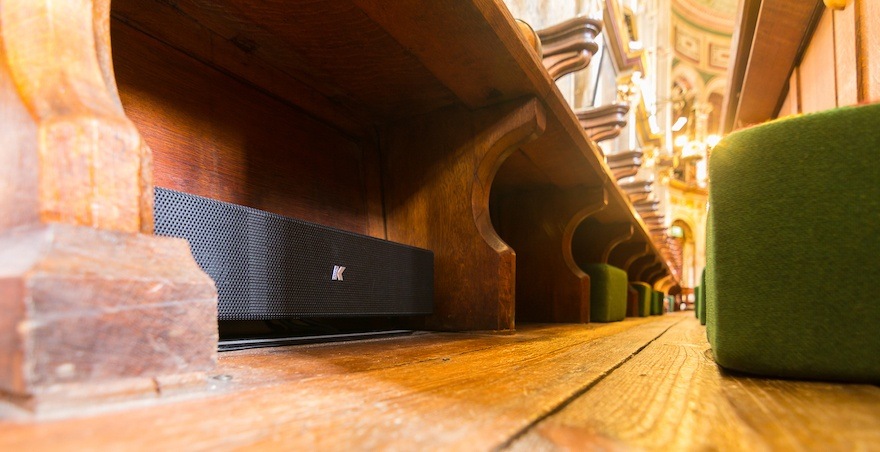 Making it sound as good as it looks

Whitwam AV Integration has installed a near-invisible K-array system at the celebrated chapel at the University of London’s Royal Holloway College that provides discreet intelligibility. 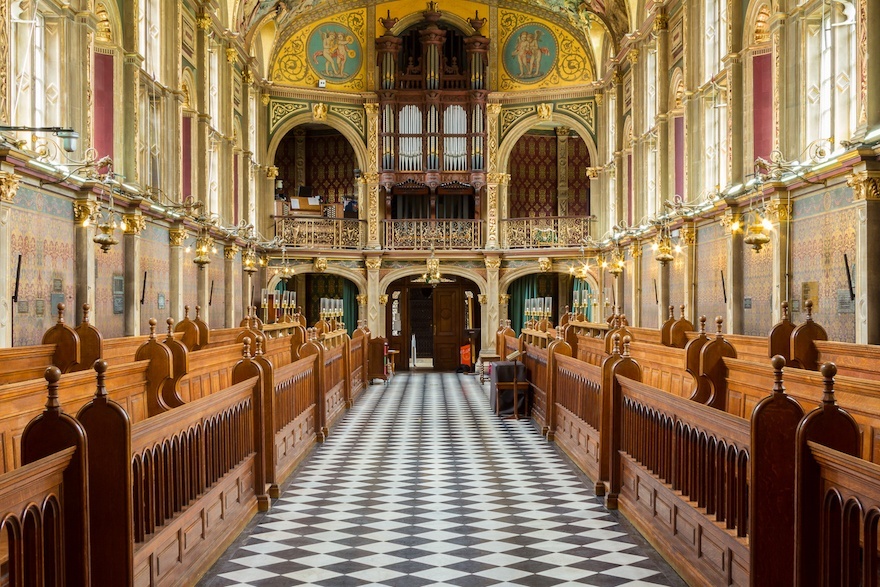 Whitwam AV Integration has installed a near-invisible K-array system at the celebrated chapel at the University of London’s Royal Holloway College that provides discreet intelligibility.

With gilded walls, bas-reliefs by Italian sculptor Ceccardo Fucigna and a fine manual organ, the chapel at London’s Royal Holloway College is celebrated as one of the world’s most beautiful university buildings. Completed in 1886, the non-denominational chapel remains an active place of worship for students and tutors of multiple faiths, as well as a focal point for the broader college community.

Yet for all its splendour, the chapel is highly reverberant, having proven itself to be too much of a challenge for previous sound reinforcement systems. Now, an installation by UK-based Whitwam AV Integration is using K-array to ensure the chapel sounds as impressive as it looks.

Part of the University of London, Royal Holloway College is one of the UK’s most prestigious seats of learning. Yet as is the case with so many 19th century places of worship, the college chapel’s interior was designed with a wealth of reflective hard surfaces.

“It’s all plaster, tiled floors and gilding – there actually isn’t a lot inside the chapel that is absorbent, aside from the people,” said Whitwam AV Integration’s David Harding. “We started looking around to consider what might work aesthetically. Royal Holloway College chapel is beautiful, so a large, standard column speaker certainly wouldn’t be visually acceptable.”

Whitwam is well known for applying its blend of expertise and sensitivity to many of the UK’s most prized church buildings. St George’s Chapel at Windsor Castle, St Margaret’s Church in the grounds of Westminster Abbey and Edinburgh’s St Giles’ Cathedral are among them. Yet every project is unique.

“Our first step was listening to what was there originally, and deciding that we wanted to dramatically improve intelligibility and reduce the effect of the building itself,” said Harding. “The previous system had loudspeakers positioned at a fairly high level, firing down and across the chapel with a conical response that meant a lot of the coverage just disappeared out towards the windows up on that high level – it didn’t sound too good.

“So our first decision was to put in a form of line source column, meaning the vertical dispersion would be reduced without the loss of effective horizontal dispersion. We knew that would also mean we could locate the speakers much nearer to the listeners, thereby reducing the effects of the building.”

A previous high-profile project led Harding to think of K-array. “We used a stacked pair of K-array Vyper KV50 line array elements to overcome a very specific problem in Winchester Cathedral and we were very impressed with them,” he said. “We felt they would be perfect for Royal Holloway chapel.” 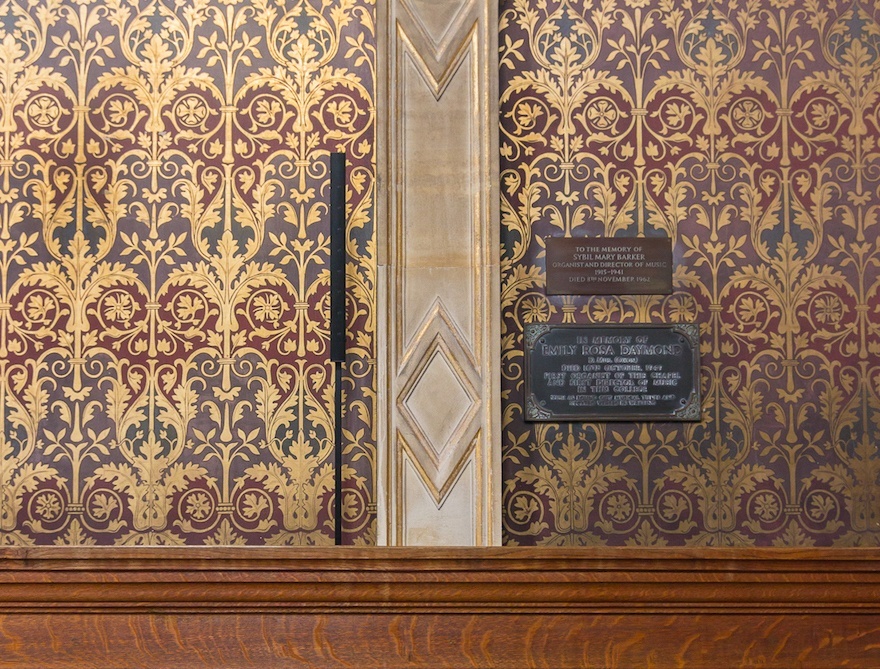 A demonstration of the proposed solution received full support from K-array’s exclusive UK distributor 2B Heard. “They gave us all the support that we needed and they also did some EASE work for the project,” said Harding. “2B Heard’s assistance in the demonstration was critical.”

The chapel is now served by a distributed K-array solution comprising 12 Vyper KV50 line array elements, positioned at regular intervals, at head height along the pews. The result is even, consistent and intelligible coverage, with no effects from the reverberant surroundings. Four Rumble KU44 subwoofers have been fitted beneath the chapel’s rear pews, providing precise low-end support. Power for the system is courtesy of two Kommander-KA24 power amplifiers.

Crucially, the chapel’s listed building status meant that Whitwam was unable to attach any equipment to the walls but, rather than reach a compromise that would adversely affect performance, the integrator used the compact dimensions of the Vyper KV50s to advantage.

“We weren’t allowed to attach anything to the walls in any way,” Harding said. “But there is a wooden radiator grille that is no longer used by the chapel which runs between each of the pillars. So we designed a flat plate which sat over the grille, with a second plate beneath the grille and bolts going between the two. It means the timber of the grille is sandwiched between the plates and then the metal rod upon which the Vyper KV50 is mounted rises from the plates, with the cable running internally. So nothing is screwed in and there is no effect whatsoever on the building. If necessary, the installation could be removed at a future date and leave no marks at all, as if it was never there.”

The subwoofers were similarly installed. “Again we had brackets made for those – there were one-inch vent-holes in the floor, and we picked up the fixing through those holes, with a plate beneath the floor to which the bracket is bolted. When the bolt is unscrewed the enclosure just comes off and there’s nothing fixed to the building.”